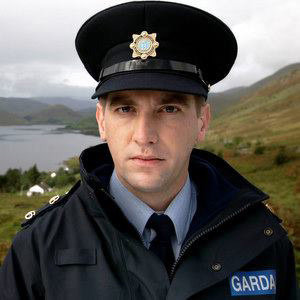 As of 2018, he has been playing the character of Niko Polastri in the British-made drama television series Killing Eve. Owen, whose professional acting career is like an open book, has secretive love affiar with his British girlfriend. So, how did he manage to keep his relationship away from media for well over a decade? Let's find out!

Ireland native Owen McDonnell is in a serious relationship with his girlfriend, Jill. He and his lady were keeping their relationship under the radar, until Owen revealed about his intimate romance in an interview with The Northern Echo on 30 July 2009. Owen said in the interview that Jill has been supporting him since they started seeing each other. In the meantime, he said that he equally respect her job as Jill works in corporate finance.

Owen and his girlfriend reside in London’s Stoke Newington. In an interview with Independent magazine, Owen said that he likes the fact that his partner has a steady job and further added,

"I don't know how reliable she is, but the steady income is excellent. It does make a difference. It means that I earn fun money and she earns the boring stuff."

Despite having a different profession, the couple has managed to enjoy their relationship. However, the Single-Handed's star makes sure not to share pictures of his lady love in the social media and keep their love life within their hearts.

Though Owen has been in a blissful relationship with his partner, Jill for more than a decade, he is yet to get married. Although he is not married in real life, he happens to be an adventurous lad when it comes to his on-screen roles. In the reel life, he portrays a role of Michael Coyne in the TV series, My Mother and Other Strangers. In the series, he and his wife (portrayed by Hattie Morahan) raise their three children.

Apart from that, it seems like Owen McDonnell ‏has become a proud godfather of his godson and frequently posts about him in his social media account.

Owen's Net Worth From Movies And TV shows

Owen garnished his net worth from the Hollywood industry.

He caught the acting bug in a young age and got enrolled at the Central School of Speech and Drama in London to complete his training of acting in the low budget. He then acted in numerous theatre in Ireland and the United Kingdom. In 2003, the 44-year-old actor's dream came true after he received the role in movie Conspiracy of Silence.

Since then, Owen has never looked back. The Galway-born star's outstanding performance in the RTÉ Television's Single-Handed (2007-2010) has made him a household name. Owen has mastered the income from his long-running TV shows including Single-Handed, Mount Pleasant, and An Klondike. As of 2018, he portrays a pivotal role in the British TV series Killing Eve.

Standing at the tall god-gifted height of 5 feet and 11 inches (1.80 meters), he was born in 1974 in Galway, Ireland. Owen is the youngest son in his family and has three siblings. He was born in Galway, Irish, and holds Caucasian ethnicity.