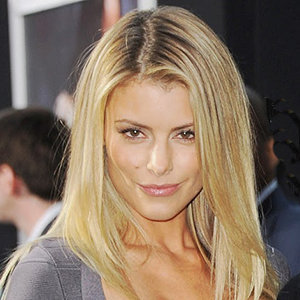 Australian model, Paige Butcher is famous for being the girlfriend of American actor and comedian Eddie Murphy. The couple is living together for the past six years with a baby named Izzy Oona. She is an Australian model and has appeared in Maxim the Real Swimsuit DVD Vol.2. The model is also known for her short role in Something’s Gotta Give in 2003 and Big Momma’s House 2 in 2006.

How Much Is Paige Butcher’s Net Worth?

The 39-year-old model summons her net worth primarily from her acting and modeling works. She made colossal earnings from her role as a background model in the 2006’s comedy flick Big Momma House. She made enormous revenues when she appeared in Maxim the Real Swimsuit DVD Vol.2 in 2005.

Paige made significant fortunes when she signed for illustrious talent agencies like L.A. Models, Ford Models – New York and Next Model Management in Paris.

Her boyfriend Eddie Murphy has a net worth of $85 million from his stint in acting, writing and movies direction. He was paid a salary of $20 million for 2002’s Action movie, The Adventures of Pluto Nash and $450000 for his debut movie 48 Hrs that released back in 1983. Eddie took cash of $4500 per episode for the talk show program Saturday Night Live in the early 80’s.

Eddie was previously married to his longtime girlfriend, Nicole Mitchell on 18 March 1993. The actor paid $15 million for his divorce settlement in 2006.

Paige gave birth to her first child with Eddie as a daughter named Izzy Oona Murphy on 3 May 2016 in Los Angeles, California. The baby arrived weighing seven lbs., 15 oz., and measured 19½ inches long.

Paige Butcher and Eddie Murphy first met during the filming of Big Momma's House 2 in 2006 and are living together since September 2012. Paige and her boyfriend Eddie at the Staples Center to watch the Los Angeles Lakers take in the Utah Jazz on 8 April 2018 (Photo: dailymail.co.uk)

Paige was previously romantically linked with American Business magnate, Russell Simmons in 2010. She also dated American model and actor Tyson Beckford back in 2009.

Paige has been secretive about her relationship with Eddie. She has now deleted her social media account and has limited her access to the outside world. She said that media already knows about her and with the arrival of her daughter, she wants to keep things private.

Izzy Onna is Paige’s first and Eddie's ninth child including his five daughters and three sons from his previous relationships with Paulette McNeely, Nicole Mitchell, Tamara Hood, and Spice Girl Mel B. Eddie has five children with Nicole Mitchell. He also has a son named Eric with his former girlfriend, Paulette McNeely. With his former girlfriend, Tamra Hood, he is the father of a son named Christian. His controversial girlfriend Spice Girl Mel B gave birth to a daughter named Angel Iris Murphy Brown. Eddie accepted Spice Girl a.k.a. Melanie Brown's daughter only after DNA test.

Paige Butcher is 39 years of age, born on 10 June 1979 in Perth, Western Australia as per wiki. The model went to Santa Maria Catholic College in Perth to complete her further studies. Paige is 1.65 m (5’ 5”) in height and possesses white ethnicity. Paige’s father Robert Butcher was a former model while her mother was a former fashion designer.