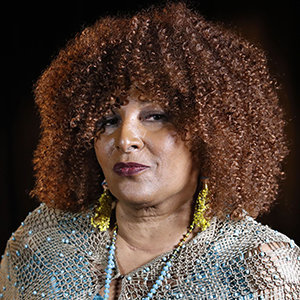 Pam Grier is one of the veteran icons of the entertainment industry. For over forty-five years, Pam has been managing to capture the hearts of millions through her bold performance. Although at 70 years of age, her contribution to the movie industry has been well and truly recognized.

The North Carolina born actress is most notable for her blaxploitation movies which paved the way for the entertainment industry. Although criticized for her roles in such blaxploitation movies, she managed to make a comeback and stamped her name as one of the great actresses of her time. Pam Grier, today, is revered as an icon and will forever be remembered as the bad one-chick hit-squad.

For over 45 years, Pam has shown her abilities on-screen. An icon of the film industry, Pam has managed to carve out a career that she can well and truly be proud of her. She first came into the public’s eye in the early 1970s when she starred in blaxploitation movies. Her first significant role was the 1971 movie The Big Doll House and the 1972 movie The Big Bird Cage. More blaxploitation roles followed in films such as Foxy Brown (1974), Sheba, Baby (1975), and Friday Foster (1975).

You Might Enjoy: Hannibal Buress Net Worth, Girlfriend, Wife, Parents

From there on, she went on to star in several different movies, but it was her 1997 crime thriller movie Jackie Brown that shot her fame to new heights. Her performance in the film won her several awards and nominations.

As of 2019, she is portraying the role of Olive in the movie Poms, which is under the post-production.

Her years of experience in Hollywood have played a considerable role in defining Pam’s net worth. As of 2019, she has a net worth of about $10 million.

Pam Grier’s love life is quite different from the rest. She has never gotten married and has never had a husband to share a life with. Despite having an affair with a handful of men throughout the years but none have been able to capture her heart well enough for her to decide on getting married.

In the early 1970’s she briefly dated actor Don Cornelius and basketball star Wilt Chamberlin, but non of her relationship lasted longer. After three years, in 1973, she found love in actor Freddie Prinze; however, separated as a result of Prinze’s continuous drug addiction. Also, her relationship with Richard Pryor couldn't sustain because of Pryor’s drug addiction. After a series of break up with boyfriends, Pam luckily found the man, an executive Kevin Evans with whom she got engaged in 1998. But after two years of engagement, the pair called off their engagement before making Kevin her husband.

Since then, she has not been involved in any romantic love relationships. So any questions relating to Pam's sons and daughters are out of the picture as she never felt it necessary to get married or have children.

Pam Grier was born on the 26th of May 1949 in North Carolina, the USA to parents Clarence Grier and Gwendolyn Grier. Her family consists of herself, her parents, and her two siblings Gina Grier, and Rodney Grier.

Pam belongs to African-American ethnicity. She stands at the height of 5’ 8,” but her weight remains uncertain.