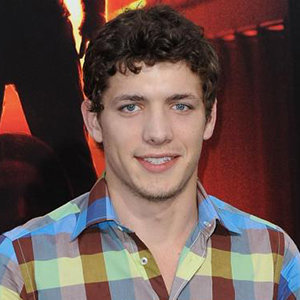 Parker Bagley, who is often recognized by the portrayal of Jason from Pretty Little Liars has pleaded guilty to stealing gadgets and jewelry from a woman's apartment. His appearance in few movies did not make a great impact in his professional career, but the allegation of theft made him in the headlines within a blink of an eye. After having a movie career like a roller coaster, Parker Bagley has decided to continue his singing passion for music as a professional career.

Former actor Parker Bagley is reserved about his net worth. The downfall in the acting career and cheap stunts like stealing and misbehaving with the reporters are the clear proof that his net worth is insufficient to support his junky lifestyles.

An American actor has pleaded guilty to stealing $7000 worth of belongings of his female friend while he was allowed to stay overnight in her apartment in Murray Hill, Manhattan in October 2012. Two IPads, a BlackBerry, an iPod, three necklaces, a bracelet and several thousand dollars were reported to be stolen. His guilty plea at Manhattan Criminal Court saved him from the top charge of grand larceny. He paid $3400 in restitution money with the balance due in June 2013.

Talking about Parker's career, he made his debut with a role of Bobby MacDougal in the CBS soap opera Guiding Light. A Nightmare on Elm Street, Grimm and Detention are few notable movies that failed to boost his career. Parker is famous for his role as Ali's older brother, Jason in the American TV series Pretty Little Liars. Actor Drew Van Acker replaced him after just two episodes. The celebrities like Sydney Sweeney, Kara Royster, Lesley Fera, Tyler Blackburn, and Keegan Allen also appear in the series.

What About Parker's Relationship Status?

Parker has not disclosed about his girlfriends in the media so far. Because of the hidden personal life information, the actor has accumulated more suspicion and curiosity regarding his mysterious dating life like his on-screen character Jason.

You May Like: David Portnoy Wiki, Age, Wife, Divorce, Net Worth Jason in Pretty Little Liars has a complicated relationship with females. He initially dated Cece Drake who turned out to be his biological cousin. The character CeCe, portrayed by Vanessa Ray, has been in the series since season three. She was introduced as an older friend of Alison who dated Jason shortly to get closer to her brother. While the couple was in a relationship they never committed incest. Later on, Parker, who played the role of Jason, dated Charlotte DiLaurentis before he came to know that she was his sister.

Later in the sixth season finale, it was revealed that Jason's ex-girlfriend CeCe was non-other than Charlotte DiLaurentis and Charlotte entered the story under the identity as CeCe Drake. Charlotte was actually known as Charles before she transitioned. Both characters are portrayed by Vanessa Ray.

He also made out with his half-sister Mellisa which made fans pretty uncomfortable towards his character. Waitress Marlene believes that Jason's relation with Cece was the cover-up to hide his gay sexuality.

Former actor, Parker Bagley was born in 1990 which makes his age 28 years old. There is no information regarding his birthday on the wiki sites. Parker is pretty much tight-lipped about his personal life. He belongs to white ethnicity and carries American nationality. He stands at tall height with a muscular body which suits him. He is currently doing stage shows collaborating with Latchkey Kids.