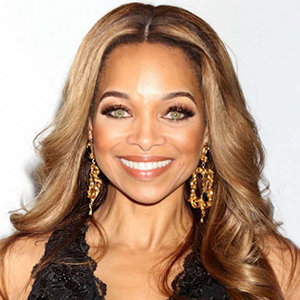 The first Afro-American lady to be named Miss Virginia, Patricia Southall is an activist and is known for her motive and service. She is better known as Pat Smith after she adopted the name of her second husband, Emmitt Smith.

Pat is best known as the wife of NFL player Emmitt Smith. She is the CEO of Pat Smith Enterprises and has founded a non-profit organization called Treasure You, which promotes a healthy lifestyle for women.

How Much Is Pat's Net Worth?

The beauty pageant winner summons her net worth especially being an activist. She earns fortunes as the CEO of the Pat Smith Enterprises, which is a brand of motivational speaking and activism.

Besides being an activist, she is also an actress and producer, known for her roles in Halfway Point (2005), Beverly Hills, 90210 (1990) and The Wayans Bros (1995). Pat has also appeared in the TV show Extra and as a guest anchor for Access Hollywood. She also appeared with her better half Emmitt in OWN's “Mr. and Mrs. Smith.”

Before her fame, she won Miss Virginia title at the age of 21 in the year 1993. She has also earned her fame for her non-profit organization Treasure You.

Pat is married to Emmitt Smith, who is a professional American Footballer. Pat enjoys the net worth of $18 million, summoned by her husband. He played his career from Dallas Cowboys, Arizona Cardinals and got inducted into the College Football Hall of Fame, Gator Football Ring of Honor, and University of Florida Athletic Hall of Fame.

In 2016, she published her book called "Second Chance," where she discussed her married life with her former husband, Martin Lawrence.

Divorced Comedian Husband, Has A Daughter

Pat was married to actor-comedian Martin Lawrence from 1995 to 1997. Pat met the comedian in 1992 and started dating right away. After three years of relationship, they shared the wedding vows on 7 January 1995. However, after being together for five years and leading the married life for two years, they had split on 17 September 1997. In spite of their divorce, she maintains a friendly relationship with Martin and often accompanies her daughter and ex-spouse in public events.

After three years of separation from Martin, she got married to football star Emmitt Smith on 22 April 2000.

They welcomed three children, which two sons and a daughter. Two years after their wedding, they rejoiced the birth of their first son named Emmitt James IV on 15 May 2002. Pat then gave birth to her daughter named Skylar Smith on 15 October 2003. She then completed her family tree when she welcomed her second son named Elijah Alexander James on 22 September 2010.

Pat also has one stepdaughter; Rheagen Smith, who is the daughter of Emmit and ex-girlfriend Hope Wilson, born on 2 November 1998.

Born in the United States in 1971 with the birth named Patricia Southall, Pat celebrates her birthday on 17 December. The birth sign of the 46-year-old is Sagittarius. She belongs to Afro-American ethnicity and holds an American nationality.

Pat was born to the parents; Henry Southall and Mildred Southall. Her father, Henry inherited his 60 Year Pin and Certificate on 3rd August 2018.

She joined James Madison University, from where she achieved her Bachelor's degree in Journalism. She became the first Afro-American woman to be Miss Virginia in 1993.