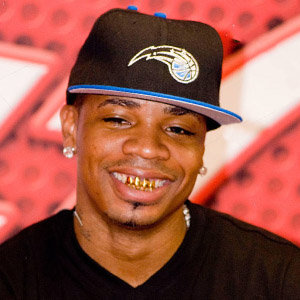 American rapper Algernod Lanier Washington merited notoriety for his rap skills and is known for his stage name Plies. During his musical journey, he has rapped along the likes of Lil Wayne, Akon, T-Pain, Usher, DJ Khaled, and more.

In September 2018, the Florida rapper was arrested at Tampa International Airport by TIA for carrying a concealed firearm without the weapon permit. The rapper is set for a lengthy prison term and would be a serious blow to his career.

One Child With Girlfriend; Is He Married Or Not?

The American rapper was dating Brandy Lacole Lyons. With his girlfriend of over 13 years, he shares a baby boy named Nijier Lanier Washington. The couple welcomed their son, Nijier on 20 October 2003. Their 15-year-old son was born in the University Community Hospital in Tampa, Florida.

Plies also dated Instagram model Lira Galore and American radio personality Angela Yee in the past. According to the Mediatakeout, the musical artist and Lira were together in January 2015, and he confirmed his dating with Angela in June 2015.

The reports also surged that the 42-year-old Florida rapper is a married person. But, he has opted not to voice about his wife on social media and interview. Nevertheless, he has shared various marriage-related tweets on his social media.

On 9 February 2016, Plies tweeted that in his marriage, he wants to have two weddings. He further elaborated his two wedding plans and captioned, 'One With U & One With Dat Pwussy...' Further on 25 January 2018, Plies tweeted stating:

While he dated several ladies in the past and shares one child with Brandy, as of September 2018, the Big Gates Record founder is a single guy in the public eye.

How Much Is Plies' Net Worth?

Plies, 42, has accumulated the net worth of $14 million from his career as an American rapper. According to Socialblade, his YouTube channel 'PliesWorld' estimated earnings range between the amount of $1.4K to $21.9K monthly and $16.4K to $263K yearly. The rapper added revenues on his name from his albums like Definition of Real and The Real Testament.

On 19 September 2018, the founder of Big Gates Record, Plies was caught at Tampa International Airport for possessing illegal firearms. According to the airport officials, TSA found that the hip-hop artist carried a concealed weapon in his hand-carry bag, a Glock 43 and a loaded magazine cartridge. While he didn't have any weapon permit, Plies instantly got arrested and could face up to five years prison. The police force has transferred him to the Hillsborough County jail.

Plies was born on 1 July 1976, and his real name is Algernod Lanier Washington. He is a native of Fort Meyers, Florida. His step-brother Ronell 'Big Gates' Levatte, who has his record label named Big Gates Record inspired Piles to pursue his rapping career.

The musical artist has a height of 1.65 m (5 feet and 5 inches )and holds American nationality. During his late teenage, Piles worked at his brother's indie record label and released a track called 'Tell Dem Krackers Dat.' As per wiki, the hip-hop artist attended Fort Myers high school and graduated in 1994.