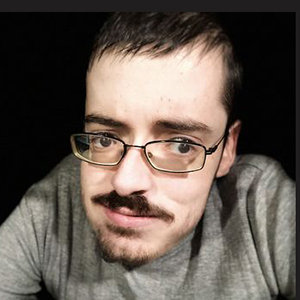 Canadian social media star Ricky Berwick surpassed his disability and entertained the viewers with his comedic videos and usual rants. Although he suffered from an abnormal disease condition, which restricted his movement, the Internet personality did not let his spirit lose and kept entertaining his viewers.

His comedic videos have scattered all over the social media platforms like Facebook, Twitter, and Instagram. The Internet star sealed his ideas to fade into obscurity and carved a path in all aspects of entertainment.

Here are some quick facts about the social media personality, Ricky Berwick.

Who Is Ricky's Girlfriend?

The social media personality, who gathered fame through his whimsical persona addresses humorously regarding his girlfriend. In a YouTube video shared by Ricky on 27 December 2016, he collaborated with a mysterious lady and the duo covered a duet song. He joked about the title and wrote, 'Meet My Girlfriend.' Ricky Berwick jokes about having a girlfriend in a video posted on 27 December 2016 (Photo: YouTube)

In a video tweet shared by Ricky on 31 October 2017, he showed his hand and labeled it as his girlfriend. He added more fun and named his girlfriend Alex. Further on 24 March 2018, he shared a funny clip on Twitter, in which he rubbed the keyboard and captioned the image as 'be my internet girlfriend.' Although the social media star jokes about his girlfriend, he is reportedly single as of August 2018.

How Much Is Ricky Berwick Net Worth?

Ricky Berwick, 26, has gathered his net worth from his career as a social media star. According to Socialblade, his self-titled YouTube channel estimated earnings ranges between $3.9K - $62.1K monthly and $46.6K - $745.7K yearly.

Ricky Berwick, who was born in 1992 in Canada, celebrates his birthday on 23 April. As per wiki, Ricky resides in Ontario, Canada.

From a young age, he started to post a video on YouTube and then after the hiatus he reprised with short comedic videos and gathered attention in social media platforms.