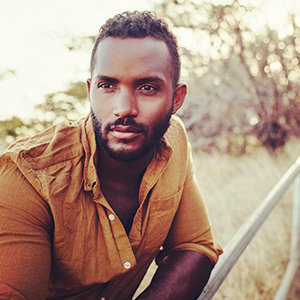 Sterling Sulieman is an American actor who rose to fame for his role on the TV series All My Children. He is also known for his power-packed performance in TV series like Pretty Little Liars where he portrayed the character of Nate St. Germain. Well, the American actor hasn't limited himself to acting only as he is a singer also and won the Hawaii statewide talent competition singing "Pop Ya Collar."

Sterling Sulieman earned fame and fortunes from his appearances in All My Children and Pretty Little Liars. He has acquired his net worth from his endeavors in acting in which he has been active ever since 2005.

Sterling had portrayed the character of Harper in The Vampire Diaries, Entourage, Perfect Couples, and In Time. In 2015, he portrayed the lead actor of Wesley Hardin Johnson Jr. alongside Michelle Trachtenberg in the movie The Christmas Gift.

Sterling, in spite of his glaring stardom, has kept his dating relationship low key. He uses his time in social media uploading photos of his family and updating his fans about his TV series. Well, he is a different person onscreen and has portrayed roles from married man to a gay.

In The New Normal, Sterling portrayed a role of Clint who is in a gay relationship and wants to have a baby. However, it's his role in Pretty Littles Liar that has grabbed the limelight. In the show, he plays the love interest of Emily played by Shay Mitchell, and they shared a kiss in one of the episodes which raised the excitement level.

Well, he has a strong bond with Shay beyond the camera as well. He frequently posts throwback pictures with Shay. So, is there something between the pair and is Shay his offscreen girlfriend? The answer is No! Shay is dating CEO of Ransom Music Group, Matte Babel. Shay and Matte made their relationship official in January 2017.

As of now, Sterling is reportedly single and doesn't have a wife. He is one of those persons who keeps himself busy in career and spends time with his family.

Sterling is a family man and wished his father on his 65th birthday. He often posts pictures of his father and mother on his Instagram account. In his family, he also has a sibling named Yasmeen Sulieman. He shares a great siblings' bond with Yasmeen who is an established singer.

His strong ties with his family can be seen in the photo which he posted on the Christmas day 2017. Sterling Sulieman with his dad and mom shared on Christmas Day 2017 (Photo: Instagram)

Born on 26 March 1984 with the birth name Jamil Sterling Sulieman, Sterling opened his eyes in Oakland, California, USA. Standing at the height of 1.8 meters (5 feet 11 inches), Sterling completed his graduation from Punahou School in Honolulu, Hawaii as per wiki. Sterling holds American nationality and belongs to mixed ethnicity. Besides acting, he likes to do photography. He has a well-maintained ribbed physique.

Jessica Steen Wiki, Married, Husband or Boyfriend and Net Worth