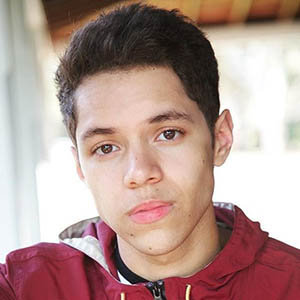 Hollywood world is getting better with the existence of artists like Stony Blyden. Stony is an Icelandic actor with multiple talents. He is an actor, musician, and producer well known for his appearance in films like The Standoff and Hope Springs Eternal.

His astounding works and appearance can further be enjoyed on shows like Life in a Year, Dude, and many others. His performance in commercial Pepsi’s ‘Now Is What You Make It' is remarkable and irreplaceable.

The young gem of Hollywood, Stony, was born on 9 March 1993 in Reykjavik, Iceland, to baker father, Baldvin, and mother, Deborah, who is a Cuban fitness instructor. Apart from them, his other family member details are not available.

His parents raised Stony with all the affection and support. He was also given a drum set as a Christmas present by his father as he was into drumming since his early age of six. Before the drum set, he used to enhance his passion by playing with pots and pans. Continuing his passion for music, he later achieved a graduate degree from Reykjavik Colege of Music, majoring in jazz drumming and music theory. Not only that, but he also studied dramatic acting while he was at Reykjavik School of the arts.

During his studies, he was offered to shoot a commercial for Pepsi's 'Now Is What You Make It.' At that time, Stony was only the age of nineteen and was a worker at a hotdog stand in Iceland. Since then, his life never became ordinary as before.

Surfacing his appearance, he looks eye-catching with his distinctive fashion style and good look. Stony has a height of 1.75 m (5 feet 9 inch) with average body weight.

Stony seems entirely private when it’s about his private matter. As a result, there has never been any speculations and controversies relating to Stony’s private life. Also, he has never talked about any of his girlfriends or dating before.

Hopefully, he is not lying or hiding about his relationship with the media. But as far as media knows, he has never dated anybody and being married seems still too early for this young man. Therefore, as of now, Stony seems to be a single guy.

Stony has a distinguished number of filmography credits in his short acting career journey. His acting credits include quite impressive movies and series like The Standoff, Hunter Street, Dude, Hope Springs Eternal, and Bluff City Law. Stony (on the second left) with the cast member of Hunter Street at the Nickelodeon's 2018 Kids' Choice Awards on 24 March 2018. (Photo: zimbio.com)

On the other side, his musical career also makes a considerable influence to make him renowned and established in the industry. Some of his hits music are Authentique, Fly Away, The Game, and Feel Good.

Despite the broad recognition and reputation, the media has never disclosed the net worth of this multi-talent. The average base pay to actors in Los Angeles is $39,573 per year. Also, he is a producer, Youtuber, and a musician, he has further, more sources to gain prosperity and wealth.