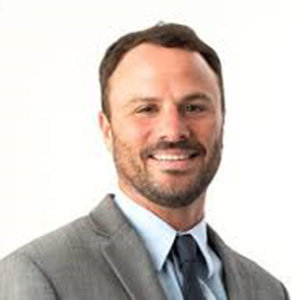 Taylor Zarzour is a sports reporter with a distinctive voice that claims authority via his words. He speaks for major golf events, football and basketball games, and Nascar races.

He is undoubtedly a sought-after sports broadcaster. In his long career, he has interviewed big shots like Jack Nicklaus, Tiger Woods, Nick Saban, the late Arnold Palmer, and Jordan Spieth.

Besides his reporting profession, Taylor involves in social work via the Steve Smith Family Foundation, a non-profit firm in Charlotte.

Taylor Zarzour is the son of Bob Zarzour and Katherine Armbrecht Zarzour. Sadly, his father Bob passed on the 11th of September 2016, at the age of 71. He was a physician by profession who served in the Vietnam war as a part of 101st airborne.

In the family, Taylor has five siblings. Among them, four are his brothers Grant, Matt, Gaines, Ryan, and one is a sister named Mary Katherine Zarzour. Most of them have been married or engaged.

Taylor is a married man. It's not clear when he and his better-half Betsy Zarzour commenced their relationship, but they have been married since the year 2003.

The sweet couple celebrated their 15th anniversary in Hawaii and were not hesitant to share the beautiful moment on their Instagram in June of 2019. The comment section got flooded with congratulatory comments.

Taylor is a family man who lives peacefully with his wife, Betsy Zarzour, and their two adorable daughters in Charlotte. Taylor and his family on a football game at Vanderbilt Stadium in November 2017 (Photo: Taylor Zarzour’s Instagram)

In the course of their marital journey, Taylor and his wife, Betsy, welcomed their first daughter Grace Zarzour in 2006. Within a year in 2007, the pair became blessed with their second daughter, Katie Zarzour.

Taylor embarked on his journey as a sports reporter in 2000. He worked for WEAR-TV located in Pensacola. Moving on, he hosted the morning show for Sports Radio 560 in Nashville and worked at Sports Radio 105.5 as the program director and afternoon host.

After that, he migrated to North Carolina in June of 2004 and contributed as program director and morning host for Triangle Sports Talk until the summer of 2006. He then joined the Curtis Media Group in Raleigh and worked as the sports director and host.

Following his time in Raleigh, the talented and experienced reporter moved to Charlotte and worked for 610 WFNZ in January of 2011. There, he hosted The Drive every weekday.

Due to a long time reporting stint, it is no doubt that Taylor has earned tons of cash. With years of experience, it is needless to say that Taylor has gained a considerable amount of net worth, which is yet to be available.

(Note: ZipRecruiter estimates that the average salary of commentators in Charlotte is $31,647 every year.)