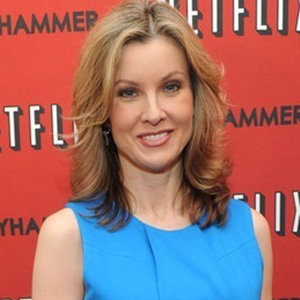 Jodi Applegate is a very famous Journalist who has worked as an anchorwoman for various local stations. Many people going through the field of hosting are encouraged by her work. She worked as a host in Good Morning Arizona on KTVK in Phoenix.

In the year 2005, she joined as co-anchor for the morning station program Good Day New York. She has also served for MSNBC and NBC news on the national level.

News anchor Jodi is married to New York Yankees play-by-play announcer, Michael Kay. The lovebirds had their wedding on 12 February 2011 at a landmark 20-story luxury hotel, Plaza Hotel in the borough of Manhattan, New York City. Around 350 guests attended the lavish ceremony including Tino Martinez and Darryl Strawberry.

During her big day, Jodi enrobed Suzanne Neville's designed white empire lace dress and danced to Michael Buble’s Haven’t Met You Yet with her husband, Michael. According to a guest, Jodi became fixated towards her wedding attire so much that she changed her dress more than three times throughout the night.

The pair, who met at the local Emmy awards, celebrated their 7th anniversary in February 2018. Her husband Michael wished anniversary and described he was lucky to have Jodi who is a 'great person and an awesome mom.' Meanwhile, Jodi flaunted their wedding throwback picture via her Twitter and wished 'Happy Anniversary' to her better-half. Jodi Applegate and her husband, Michael Kay, celebrated their 7th year of the anniversary in February 2018 (Photo: Twitter)

The couple has two children named Caledonia Rose Kay and Charles Applegate Kay. Both of them were born with the help of a surrogate mother. Their baby daughter Caledonia was born on 5 January 2013 and their son Charles joined his sister on 12 November 2014. During the Christmas in December 2018, Charles and Caledonia cuddled their parents, and the family wore a matching outfit wishing Christmas to their followers.

How Much Is Jodi Applegate's Salary And Net Worth?

Jodi, age 54, garners the prominent part of the net worth from her broadcasting career. According to Zip Recruiter, a broadcast journalist in the United States earns an average salary of $54,426 per year, and their annual payroll ranges from $19,500 to $107,500. She worked as an anchor for the stations like MSNBC and NBC News. Before being an anchorwoman, Jodi worked as an actress.

The broadcast journalist was a host of Close Up on C-SPAN in the year 1990s. The weekly public affairs program especially targets high school students for their audience. In the New York's sister station WNYW, she moved in October 2004. Later she worked in San Francisco for the Metro Traffic as a radio and television Traffic reporter.

As for her husband Michael Kay, he savors the net worth of $3 million as a radio show host and play-by-play announcer. He broadcasts for New York Yankees and hosts WEPN-FM's The Michael Kay Show and YES Network's Centerstage. He also co-hosted Sports Talk with John Sterling and Michael Kay on WABC Radio during the late 1990s.