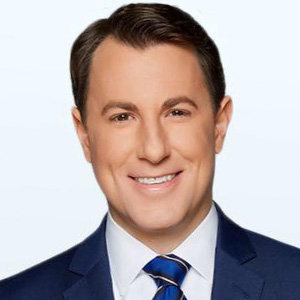 American broadcast journalist Todd Piro who has broadcasted the major stories like Hurricane Sandy, school shooting at Sandy Hook Elementary, and the record-breaking blizzard of 2013 is an expert of his field. He contributes to the Breakfast with Friends on Fox News Channel and highlights the political news of the day.

Todd is the correspondent for Fox News Channel program FOX & Friends and serves as a breaking news reporter and occasional guest host.

Fox News correspondent Todd Piro has been married twice. His second wife, Amanda Marie Raus is a graduate of Quinnipiac University in Hamden, Connecticut. The couple tied the knot on 12 June 2015 at St. Stephen Church in Trumbull, Connecticut. Their intimate wedding ceremony was performed by a Roman Catholic priest, Christopher J. Samele.

Todd and his wife Amanda attended the fresh off Winter Tour of Dave Matthews band at Mohegan Sun Arena in early December 2018. They savored the gig where Dave heated the stage of Mohegan Sun with some classic rock covers including a mix of DMB favorites. The couple had their fateful encounter while working at WVIT-TV in West Hartford, Connecticut. In the NBC-owned station, Todd was serving as a morning news anchor while his then-girlfriend was a reporter and anchor.

Prior to his marriage with Amanda, Todd had an estranged relationship with his first wife. The University of California graduate has chosen not to voice about his early matrimonial life.

His Net Worth And Salary In Fox News

Todd, age 40, summons the net worth from his broadcasting career. As per Paysa, a Fox News correspondent earns an average salary of $102,080 per year, and their annual income varies between $93,653 to $109,739. Todd joined the Fox network in June 2017 and currently serves as a correspondent for Fox News Channel program FOX & Friends.

Before joining Fox Network, the Dartmouth College graduate worked as a reporter and weekend morning anchor at NBC Connecticut. He joined NBC in 2012 after serving with KPSP in Palm Springs, California. Besides Todd's broadcasting career, he was a lawyer and recruitment coordinator in Los Angeles. He worked for nearly five years as an associate with Hughes Hubbard & Reed.

Sometimes, having the same surname can generate massive confusion. Same is the case with Todd Piro and Jeanine Pirro. Both of them are affiliated with FOX News, and Jeanine works as a hostess of Fox & Friends.

Todd himself is a guest co-host of a conservative news/talk program Fox & Friends that broadcasts on FOX every day in the morning. While they share a particular set in the FOX network, Todd and Jeanine are not related in any terms.

Todd Piro was born to his parents Marianne L. Piro and Peter A. Piro on 28 March 1978. His mother Marianne, who has her birthday on 7 August, is a native of Belmar, New Jersey. She has featured on Fox & Friends show, Cooking With Friends in August 2017.

Todd obtained his Bachelor of Arts degree from Dartmouth College in 2000. He then graduated with a law degree from the University of California, Los Angeles in 2003. As per wiki, the correspondent of Fox News Channel was at the age of 33 when he worked as an MCLE instructor at California Desert Trial Academy College of Law.