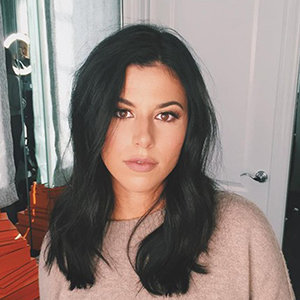 When you one of the most-searched and prominent celebrity, the people around you are also chased by the media. Let's take Victoria Villarroel Gamero for instance who rose to prominence after becoming the personal assistant of the sensational star, Kylie Jenner, and her fame is just getting better each day!

Victoria started her professional career in 2012 working as an intern for Kris Jenner and later got promoted to the position of office manager in 2015. She also became the personal assistant of Kylie Jenner’s sister Kendall Jenner which she considers an essential part of her life.

Victoria also filmed a video for Kylie's app 'What It's Like to Be My Assistant' where she explained the details on how she got her job, and about her experience working with the KUWTK star.

Besides, the exact details of the economic status of Victoria aren't revealed so far, but given her professional endeavors and achievements, we can suspect that her financial state is secure.

Any Plans on Getting Married To Fiancée?

Speaking of her relationships, Victoria is currently sharing a dating affair with the former soccer player, Marco Lobo. On December 17, 2016, Marco proposed his lady love in the most romantic way possible taking the support of Kylie.

As per their plan, Kylie took Victoria for a road trip and later she was surprised by the sudden proposal of Marco on a platform decorated with candles arranged in a heart shape in Malibu, California. Victoria with her Marco on the day of their engagement in December 2016 (Photo: Dailymail)

Kylie later posted a sweet video capturing the moment of the proposal and engagement on her social media. Victoria also, on 18 December 2016, announced via Instagram that she is engaged.

However, despite being committed for more than, the couple hasn't shown hints of getting married and starting a new relationship as 'husband and wife' until now.

Victoria was born on March 5, 1992, in Caracas, Venezuela. She is twenty-five years of age, and her birth sign is Pisces. Despite the fact that she is a Venezuela native, nothing much about her family or parents has come out in public.