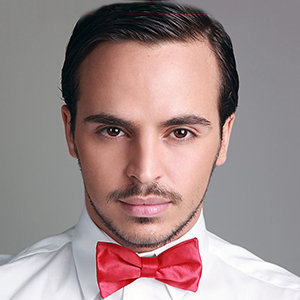 If you have wondered how Ryan Reynold dance so wonderfully in those heels in the Deadpool song, well you have been tricked. The graceful dancer under the suit is Yanis Marshall. You might recognize him as one of the finalists from the 2014 season of Britain's Got Talent where he danced in high heels with his two other friends.

The finalist of BGT 2014 is famous for dancing in high heels. He has choreographed and coached for the renowned shows like So You Think You Can Dance Ukraine and Dancing with the Stars France.

Is Yanis Gay? Dating Anyone?

Admitting that he is gay is not something that Yanis has shied away from. He has always been very open about his sexuality. He is a proud gay man and is a proud member of the LGBT community.

In a press conference held in June 2015 for the dance show 'Make Me Sweat… Again' in Manila, the out and proud gay chap announced that he was honored to be a role model for many in the LGBT community. During his interview, the BGT 2014 finalist uttered,

That’s the best. To be representing gays is the best. I am gay, I’ve always been. I never hide it. I was never in the closet, very proud of it. I’m just me... I’m mostly proud when I’m in countries where they have kids – little boys running to me begging for a picture. And I could see in their eyes that one-minute moment – it just says everything, It’s like a thank you, I could see the kid in me.

His 2018 L.A pride rally debut was just another proof of how proud he is to be the part of the LGBT community. In the rally, he danced to Shania Twain’s “Man I Feel Like a Woman” alongside the two of his group members. While Yanis has been open about declaring his sexuality, he has somehow remained stagnant when it comes to his partner. Though he spilled the beans regarding whom he dated once in April 2014, it was assuredly not the someone whom one expect him to brew a romantic relationship. The professional dancer enthralled his fans by pulling out shenanigans stating that he was in a complicated relationship with a stuffed panda named John.

Aside from his stuff panda jokes, this dancing diva has kept his dating life very low key and is currently single. But being single doesn't stop him from having fun which is apparent from the cozy snapshots he shares in social media. He can be seen spending vacations with his friends and has become the example of being single and fabulous.

How Much Is Yanis Marshall Net Worth?

Yanis, age 29, summons the net worth from his career as a French dancer and choreographer. According to Social Blade, his YouTube channel Yanis Marshall has the estimated earnings of $11K monthly, and his yearly earning range from $8.3K to $132.3K.

Other than his YouTube channel, he earned the fortunes as a dance instructor and choreographer. He has ventured a dancing journey from  BGT 2014 to dancing as a doppelganger of Ryan Reynold in the movie Deadpool. Alongside the decent amount of fortunes, he has accumulated a considerable amount of fame.

Yanis was born on 11 November 1989 in Grasse, France and his star sign is Scorpio. His parents belong to two different parts of the world; his mother is Algerian and Tunisian while his father is British, as per wiki.

The MTV Europe Music Award nominated dancer stands at the casual height. He holds a mixed ethnicity (Algerian, British, and Tunisian) and his nationality is French.