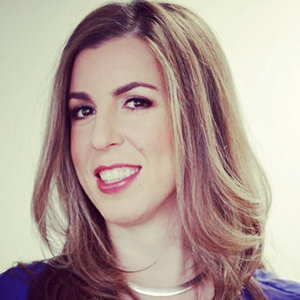 Amie Parnes is a senior political correspondent for The Hill in Washington, DC who has expressed the political analysis for more than a decade through her writings on Mom and HRC: State Secrets and the Rebirth of Hillary Clinton.

However, the 40-year-old political correspondent keeps her personal information beyond the grasp of meida. But, in the meantime, she shares moments with her lovely son.

The life of Amie Parnes revolves around her partner and a three-year-old son. She prefers to keep her information behind the closed doors but updates pictures with her son.

It is no secret that she is already taken, but it is a whole different when it comes to sharing wedding vows. There are only rumors of her having a husband, and she is yet to confirm her partner being a spouse.

She shares a lovely bond with her son and doesn't mind posting his pictures on social media. Her son has been the source of relief and looks up to her baby boy to wipe off her workloads.

Don't Miss: Don Lemon Salary, Net Worth | How Much is CNN's Gay Host Worth?

Apart from spending time with her kid, she also attends social and public events. She has celebrated Halloween with her son and even shared a picture, which reflects her motherhood.

Sharing a picture with her only child on Mother's Day, she wished Happy Mother's Day to all the mother and stated that being a mother is the best feeling ever. Amie Parnes relishes a happy moment with her son in 2018 (Photo: Amie's Twitter)

Apart from her rumored husband, she has been blessed with her work husband. She has mentioned that Niall Stanage covers her as a work husband. Niall serves as the White House Columnist at The Hill.

Furthermore, she added that Niall was the best work husband she ever had.

Born in 1978, she celebrates her birthday on 19 April. She belongs to the white ethnicity and holds an American nationality.

Amie Parnes, age 40, the superior political correspondent for The Hill in Washington, DC pursued her education from Columbia University. After she graduated her study, she started her career towards the media and networking, which made her way to the senior correspondent.

As of now, she is covering the rebuilding of the Democratic Party.

Besides that, she also appears on national television programs and has written several books relating the politics for more than a decade of years. She has published various books including HRC: State Secrets and the Rebirth of Hillary Clinton, Shattered, and Mom.