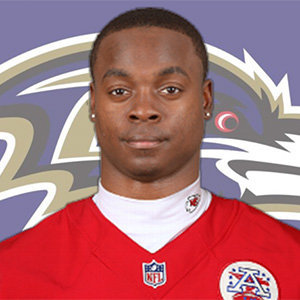 Though he is a free agent not hired by any teams because of his injury problems, Jeremy still wants to make a comeback as he believes that he has been fighting to become who he is now from his childhood and calls himself a warrior, not a survivor.

What is Jeremy's Net Worth?

Jeremy Maclin summons his net worth by working as an American professional football player. He has a massive, jaw-dropping net value of $27 Million.

While Jeremy was studying at Kirkwood High School, he was a letterman in football and basketball. It all started for Jeremy back in 2007, when he played for Missouri Tigers football team for two years. He made an instant impact in the eyes of many people by being named as a consensus first-team All-American.

His professional career began back in 2009 where he played for Philadelphia Eagles. He played for the Eagles for five years until 2014. He then moved to Kansas City Chiefs where he played for two years from 2015 to 2016. After getting released by the Chiefs, Jeremy agreed on a two-year contract with the Baltimore Ravens in 2017.

His first season with the Ravens was not so promising which increased doubts on the mind of the authorities of whether to keep him or release him. The team can gain $5 million in cap space by releasing the out form player. The only chance looking possible for Jeremy to stay in the squad despite bad performances is by deducting his huge salary of $4 million. But Ravens and Jeremy didn't agree on a deal and was released in March 2018.

Who Is Jeremy Grilfriend? Is He Married?

Jeremy is a married to his long-term girlfriend, Adia Kuzma on 20 May 2017.

The couple tied their knot in a big wedding event with a packed crowd full of NFL stars, close relatives, and family members. The lovebirds first met back in 2010 when both of them attended a social event in Atlantic City. Getting attracted to each other on their first meeting, they began dating and knowing each other better and creating a tight bond in-between them. Jeremy Maclin with his wife Adia Kuzma on 20 May 2017 (Photo: Instagram)

The wedding day was a memorable day for the couple, especially to Jeremy's wife Adia as her father who is a two-time Grammy Award-winning jazz saxophonist, performed in the wedding with the band.

At present, the couple seems to be in a happy relationship after getting married. Jeremy often pours love to his wife on is Instagram whether be it wishing her a happy birthday or wishing her happy valentine. The couple is yet to welcome kids in their life.

He is the son of Jeff Parres (father) and Cindy Parres (mother). Jeremy has two siblings Roshon Maclin and Andre Maclin.