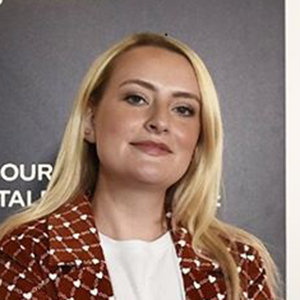 Amelia Dimoldenberg, a YouTube personality, journalist, as well as comedian, tasted the sweet nectar of success after launching YouTube channel Chicken Shop Date. Her channel that has more than 320K subscribers is quite famous for interviewing grime artists at fried chicken joints in London. The show wasn't just loved and adored by the fandom but was also awarded Student Broadcast Journalist of the Year in 2014 at the Guardian Student Media Awards.

Apart from that, Amelia has managed to win a primetime slot on Channel 4 for her documentary Meet The Markles, where she travels to the US in an attempt to bag an invitation to the royal wedding from Megan Markle’s family side.

Amelia, who was born in the year 1994 in England, celebrates her birthday on 30 January. She enrolled at Central Saint Martins in London and majoring in fashion journalism. Before her rise to stardom, Amelia wrote comedic columns for British youth magazine The Cut. She later decided to use her funny skits and present it on her own YouTube channel.

In fact, her mother is a great fan of her show and keeps encouraging and motivating her to follow her passion. Likewise, her father, Paul Dimoldenberg is managing director at Quatro Public Relations since May 2007. She also has a sister in the family named Zoe Dimoldenberg. Even though there aren't many details to cover her family background, she keeps featuring her parents and sister on her social platfroms on several occasions.

On the physical attributes, Amelia stands at an average height with a modest built and weight.

Unlike her colorful on-screen chicken date with stars like AJ Trace and Not3s, whom she referred to as her lover, her real-life romance has been pretty shady. It's almost like dating advice from her close-friend Icy might also not have helped the Chicken Shop Date star to inaugurate a relationship.

You May Like: Maddie Lambert Wiki, Height, Boyfriend, Net Worth

While she made a post on Valentine's Day in 2019, she did admit that she was single at the period and spending time alone in a travel lodge. Many of her fandoms took the statement as a funny skit and presented the doubt on her relationship status.

Nonetheless, whatever the case may have been, the beautiful YouTuber might not be ready to bring her dating life in the limelight. As of now, Amelia is reportedly single with no records of having a boyfriend.

Amelia has made a strong presence with a huge fan following on her social sites from her loved content, which have managed to win millions of fan followings. Her stardom was shot to the next level after her work with the Channel 4.

The 25-year-old's career as a YouTube personality and a comedian journalist has inevitably garnished her massive fame and relative wealth in her life.

Her YouTube channel, Chicken Shop Date, is estimated to make around $15K to $239.3K annually, which makes some contribution to her total worth. However, Amelia's net worth as of 2019, is yet to be disclosed.