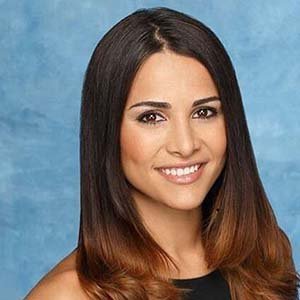 Andi Dorfman is a reality star who participated as a contestant in the 18th season of The Bachelor, the dating game show which started in 2007. In the show, she participated with the purpose of getting along with the bachelor Juan Pablo, who was searching for a soul mate through the show.

Besides The Bachelor, Andi also played her magic in the 10th season of the Bachelorette. Not to forget, she is the first district attorney who participated in such a public show.

Andi’s tweet of 22 February 2019 showed that she was single. Supporting her statement, on 6 May 2019, Heavy also stated that Andi was single and further wrote that she couldn’t have a serious relationship after splitting off her engagement with boyfriend, Josh Murray- a football quarterback. The couple had got engaged on 9 May 2014 but separated shortly in January 2015.

Before Josh, she was linked with another American football player John Busing (2009-2013), The Bachelor’s contestant Juan Pablo Galavis (2014), and musician Sam Hunt in 2015.

Details On Andi And Josh’s Split

Andi and Josh Murray emerged a romance at The Bachelorette's season 10. But, like other reality couples, these two also couldn’t sail their relationship for long and broke off. Frustrated with the breakup, Andi wrote a book called It’s Not Okey: Turning Heartbreak into Happily Never After (2016) and State of Mind (2018), in both of which she poured all her frustration and described her volatile relationship with Josh Murray. While talking about their split, she told the source that they had split in mutual and hopefully will remain friends.

Andi further expressed that Josh was jealous and was emotionally abusive. She alleged that he wouldn’t even let her take a picture with any other men, would create a scene over normal topics, and would bad-mouth Andi.

Further, she also explained the main point behind their split. She said Josh was devasted, hurt and angry when she spent an overnight date with The Bachelorette's runner-up Nick Viall.

As per Celebrity Net Worth, Andi Dorfman has a net worth of $300 thousand as an American media personality and a former district attorney.