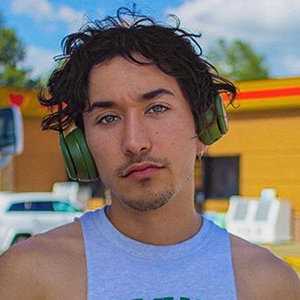 YouTube has been a platform where people deliver thier talent and skills which eventually help them garner a huge fan following. Brennen Taylor also is one of the talented YouTubers who has captivated the heart of million fans just through his comedy skits and vlogs.

Actor and comedian Brennen Taylor is popular for his self-titled YouTube Channel named Brennen Taylor where he uploads videos on comedy skits and challenges. He has also appeared in the movie Palo Alto where he portrays the role of Luke.

In January 2017, Brennen Taylor was found to be dating singer and social media star, Maggie Lindemann. Later on 2 March 2018, the 24-year-old YouTuber uploaded a video on his YouTuber channel with a video title 'I cheated on my girlfriend.' Well, the video was a click-bait where there isn't anything related to cheating.

However, their relationship didn't last long as they had a split within no time. On 7 March 2017, Brennen shared Maggie's picture on a comment section in one of her tweets. He even wrote 'Relationship Cancelled.'

Later on 3 July 2017, Brennen took to Twitter and wrote that when someone brought up an ex, he always has something nice to say as he had so much love and respect for his ex-girlfriend.

By the beginning of 2018, Brennen was linked to model Kyra Santoro. The two even kept sharing cozy shots of them on their social media accounts. On 27 February 2018, Kyra uploaded a photo of Brennen kissing on her chick on Instagram. Also in the caption, she wrote that she was capturing the little moment at Mods Show. Brennen Taylor poses for a photo with Kyra Santoro kissing on her chick (Photo: Instagram)

Further, on 8 March 2018, she Instagrammed the cozy shot of her with Brennen and captioned the photo as 'Adore You.' Though Kyra kept on sharing pictures with Brennen, she avoided herself from clarifying their relationship until 30 March. On 30 March 2018, she uploaded a video on her YouTube channel where she confirmed Brennen as her handsome boyfriend. Also, she made a video playing Rapid Fire Jinx game where both of them were enjoying.

When most of their fans were believing that the duo is cherishing their love life, Brennen shocked them by uploading a YouTube video titled "We Broke Up' on 10 April 2018.

On the same day, Brennen, age 23, revealed on Twitter that he took to his heart what Kyra told to him and he was trying to be better. He explained that he wouldn't hate someone trying to change for the better. Kyra also replied to his tweet where she said that he used their breakup as a click-bait. She even alleged that he hadn't even tried talking to her yet.

As of now, the talented YouTuber has not gushed about his possible girlfriend yet.

Talking about Brennen Taylor's parents, he has a mother named Lisa Taylor. He was raised along with his brother named Jake Taylor and sister, Jess. His brother is a prolific photographer and adventurer who is popular on Instagram for his landscape photography. Brennen and his brother often share their photos on social media. Brennen and his brother, Jake Taylor poses for a photo (Photo: Instagram)

On 15 August 2018, he Instagrammed the photo of him with his brother Jake and asked his fans saying how many siblings do they have?

Brennen Taylor was born in California, the USA on 3 April 1995. He stands at the height of 1.67 meters. Brennen holds an American nationality and belongs to white ethnicity, as per wiki.