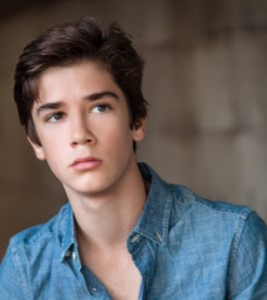 Daniel DiMaggio, who relished the height of success in his early teens through his acting career, is acknowledged for his role of Oliver Otto on the ABC sitcom American Housewife. Following the steps of his parents, he garnered considerable significance in the film industry through his charismatic performance and acting skills.

Daniel is also an Instagram star and has over 22.1k followers at her Instagram. Besides, he also is featured in a music video of The Blue Flames band.

Daniel DiMaggio, age 14, was born to his actor parents; Lou DiMaggio and Loretta Fox. His father, Lou is an actor, and a stand-up comedian mostly known for his recurring role on HBO's hit comedy series Curb Your Enthusiasm. On the other hand, his mother, Loretta is also an actress and has starred in several movies like Going the Distance (2010), Blades of Glory (2007) and Janeane from Des Moines (2012).

His parents shared their wedding vows on 26 October 2002 and are in the run of over one and a half decade of their married life. Besides, Daniel has two half-siblings; Jacklyn and Michael from his father's previous marriage.

Daniel maintains a picture-perfect relationship with his family. His father frequently exhibits his love to his family on social media reflecting the altruism and the strong ties. In October 2017, Daniel accompanied his family to an event and his dad Lou shared the family moments at his Instagram post. Daniel DiMaggio poses for a photo with his parents in 2017 (Photo: Lou's Instagram)

Likewise, Lou shared a picture with Daniel, where he stated that they had a happy time in Roma, Colosseum in July 2018. Currently, Daniel resides with his parents in California.

How Much Is The Net Worth Of Daniel DiMaggio?

Daniel DiMaggio accumulates his net worth and fortune from his professional career as an actor. The teen actor has appeared in several movies and tv series including ABC sitcom American Housewife, Burn Notice and Haunted Hathaways.

As per SAG-AFTRA, the median salary of the child actors ranges between $1,166 and $3,403 per week depending on the film's budget. Therefore, concerning his professionalism, he might have garnered a substantial amount of wealth and income.

Daniel initiated his acting career at the age of eight and appeared in several short movies and music videos. Later, he was featured in music videos of the band The Blue Flames and Space Plane directed by John Asher. Also, he starred as a young Superman in the CBS/CW show, Supergirl alongside castmember Katie McGrath and has credited his voice in the animated series Clarence.

Besides his acting career, he is a marathon player who won a medal in February 2016.

Born in Los Angeles, California, the United States, in 2004, Daniel DiMaggio celebrates his birthday on 30 July. He belongs to the white ethnicity and holds an American nationality.

Standing at the height of 5' 4½" (1.64 meters), Daniel is receiving his education from Los Feliz Charter School For The Arts at Los Angeles, California. He is also an Instagram star with over 22.1k followers.