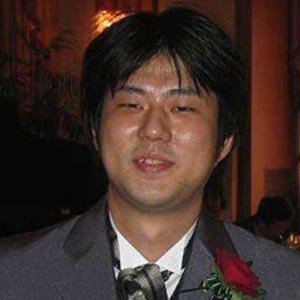 "I don't want to conquer anything. I just think the guy with the most freedom in this whole ocean... is the Pirate King!"

One Piece fans will probably get a chill running down through their spine when they remember this dialogue quoted by Mugiwara Luffy towards pirate king first mate, Silvers Rayleigh. Though the talk is of Straw Hat's, the mastermind behind his character is One Piece creator, Eiichiro Oda. Along with the world's best-selling manga series One Piece, Oda-sensei has authored several mangas like Wanted!, Romance Dawn, and Taste of the Devil Fruit.

His manga series One Piece follows the adventure of a fictional young pirate named Monkey D. Luffy who has eaten a devil fruit 'Gomu-Gomu no Mi' and has a goal to succeed Gol D. Roger as a next pirate king.

One Piece creator Eiichiro Oda is a married man. His wife Chiaki Inaba is a former Japanese model who worked as a cosplayer. Oda-sensei met the woman of his life in 2002 when Chiaki played a role of Nami during the annual party convention, Shonen Jump Fiesta. After two years of dating, the couple had their wedding in 2004. Eiichiro Oda and his wife Chiaki Inaba had their wedding in 2004 (Photo: Facebook)

In their family, they welcomed their two bundles of joy. One of their kids, a daughter was born in 2006, and when Oda got blessed with a son, he remained worried. Due to his anxiousness over his son's birth, the manga artist created the backstory of One Piece character Portgas D. Ace as a son of Kaizoku-O', Gol D. Roger.

Find About Eiichiro Oda's Net Worth

Eiichiro Oda, age, 44, has the net worth of $200 million from his career as a Japanese manga artist. He has derived most of his fortunes as a creator of all-time best selling manga series One Piece. His 2017 movie One Piece Film: Gold grossed a box office of $70.3 million worldwide. He has published several books related to his acclaimed manga, One Piece.

He and Naruto's creator, Masashi Kishimoto are friends, and during the end of the serialization of the manga of Naruto Shippuden, Kishimoto drew a One Piece symbol in the last page of the final chapter. Oda also referenced Naruto in several of his manga character designs and one was noticeable in Nami's dress where she donned a Konoha's symbol in Chapter 766.

During Oda's interview with JUMP FESTA 2018, he talked with Shonen Jump and said that he was excited for the Hollywood live-action show of the world’s best-selling manga series, One Piece.

Here are some of the compelling facts you don't want to miss about Japanese manga sensei, Eiichiro Oda.

Born on 1 January 1975, Eiichiro Oda is a native of Kumamoto, Kumamoto Prefecture, Japan. At the age of 17, Oda began his professional career as a manga artist. Eiichiro is a fan of western movies and likes to listen to the American rapper, Eminem.

Standing at the casual height, he holds Japanese nationality. As per wiki, the manga sensei likes the animated works of Japanese animator, Hayao Miyazaki.