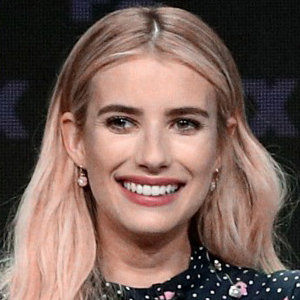 Born to the family of actors, Emma Roberts carved herself with the acting masterclass since her childhood and spent much of her childhood on film sets. Working on the passion, she made her first tv appearance at the age of nine in "Blow" alongside Johnny Depp in 2001.

With an outstanding acting career, Emma made her way through several hit movies and tv shows including Nancy Drew, Hotel for Dogs, Valentine's Day, Scream 4, The Art of Getting By, Celeste and Jesse Forever.

In the year 2012, Emma Roberts was in a dating relationship with the Hollywood star, Evan Peters, who is known for his roles in the superhero films X-Men: Days of Future Past, X-Men: Apocalypse, and Dark Phoenix.

Emma and Evan had their first meeting on the set of the movie, Adult World in 2012 and soon started their relationship. However, their romances didn't work with the time. In 2013, they even fell into the scandal of domestic violence. As per the sources, the authorities discovered that Emma and her boyfriend were having an argument resulting in Evans with a bloody nose and a bite mark which led the arrest of Emma from the Montreal Hotel.

Despite the awful incident, The lovebirds got engaged in January 2014. But, after one and a half year of their engagement, several rumors swirled amongst the media regarding their separation in June 2015.

Later, Emma and her fiancé shattered those rumors after they were spotted in Los Angeles walking hand in hand in September 2015. Unfortunately, just a year after the rumors, the pair split in May 2016. One of the evidence was Evan's deleted social media content. A months later, Emma reportedly started dating Christopher Hines.

However, the affection amongst Emma and Evan was what let them thought about their relationship once again. Thus, in September 2016, the pair got reunited.

But, every love story doesn't end like a fairytale. Despite their long attempt to sustain their romances, Emma and her man called off their engagement in March 2019 after seven years of ebbs and flows in their life.

You Also Need To See This: Dan Crenshaw Wiki, Wife, Net Worth

Probably, Emma desired something romantic in her life that is why she began love story within Garrett Hedlund. In April 2019 spotted together in Los Angeles. Also, the duo was allegedly kissing at Cafe Stella in Silver Lake, California in March 2019 before they made their relationship official. Some sources have claimed that they Emma and Garrett are not seriously dating; instead, they have been casual friends.

Besides that, Emma had an affair with few more hunks, including Alex Pettyfer, Chord Overstreet.

Emma Roberts was born as Emma Rose Roberts in New York, the United States and she celebrates her birthday on 10 February. She belongs to the white ethnicity and holds an American nationality. She stands the height of 1.57 meters (5 feet and 2 inches tall)

Her parents; Eric Roberts and Kelly Cunningham raised her in Rhinebeck, New York along with her siblings; Grace Nickels, Keaton Simons, and Morgan Simons during her childhood. Both of her parents are famous Hollywood actors.