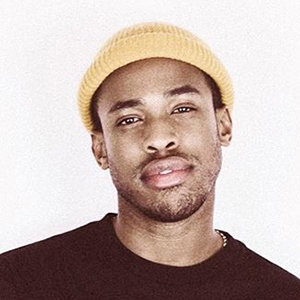 Titus Makin is an American actor, singer, and performer known for his role in the Fox hit series Glee. With a knack for great acting and singing, Titus Makin Jr. has showcased just how skilled he is. During his childhood, Titus frequently traveled due to his fathers’ work in the military. This greatly played a role in his decision to pursue a career in acting as he was exposed to different genres of entertainment.

Now, at the age of 30, Titus is at the prime of his career—he has appeared in several different TV shows and movies, including "1940's Radio Hour, "Game of Your Life, "A Cinderella Story: Once Upon A Song. All of which has brought him praise.

Dating Girlfriend? Married To Wife or Is He Gay?

When it comes to Titus’s relationship matters, over the years, Titus has bombarded the public with puzzling information regarding his relationship status. Sometimes he is seen talking about having a girlfriend while other times, he is talking about being married to a wife. And this has caused a lot of confusion amongst the public.

Going back to 2011, Titus referred to Camille Bright as his girlfriend, and Camille referred to him as her boyfriend. Other than that, no further information was ever made about their romance. Though many people were wondering what exactly was going amongst the pair, the speculation faded with the time.

Later in 2014, Titus shared a picture on his Twitter, where he called a woman as his wife. Also, anything relating to his sexuality is unknown. But on the screen, Titus does have portrayed the role of??????? a gay man in the show The Rookie.

Titus Makin Jr., as an actor, has had a pretty decent career. He has starred in several different movies and Tv shows that cemented his name as a top actor, and singer. Further, his breakthrough role in the hit show Glee helped him to gain traction in the entertainment industry.

Alongside the success, Titus has managed to bag a decent chunk of change. Titus’s earnings and his net worth might not be at the very top as some A-listers, but it sure might be enough to keep him happy.

Titus Makin Jr. was born on 10 June 1989, in Honolulu, Hawaii, to parents Titus and Juliette Makin. His father was a military person, which is why Titus spent much of his childhood constantly shifting from one place to another. As for siblings, he grew up alongside a sister named Natasha.